Forest History in Northern BC

Overview of Northern BC Archives collections on forestry and the forest industry. 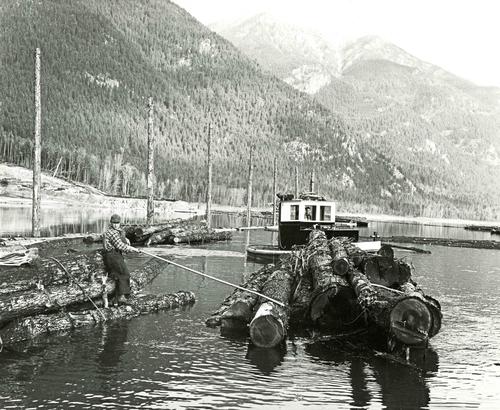 Fonds consists of documents providing information on the Columbia Cellulose Company, Limited covering the period of 1959-1970. These documents detail the company’s history, historical and geographical context, and plans for the future. Files often include photographs, maps, and technical drawings of the mills. 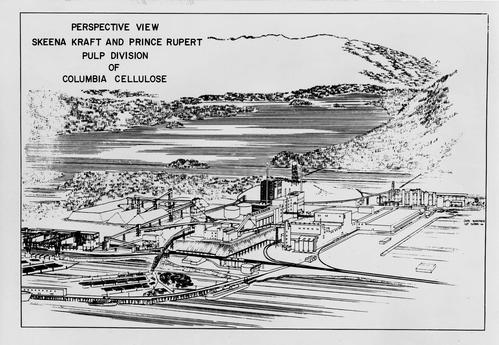 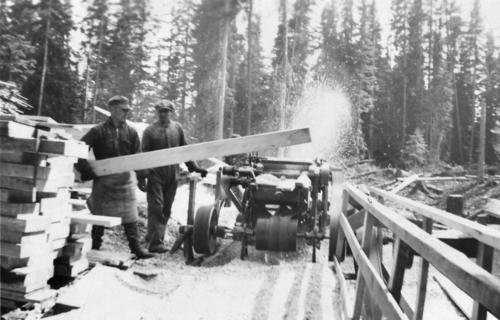 Collection consists of 27 photographs and a film relating to logging operations in the Tabor Lake and Dewey, BC area in the 1950s.

Film footage shows early logging and sawmilling practices in Northern BC, as well as interior shots of what are presumed to be bunkhouses. Also shows a short clip of family film footage.

Fyfe Lake Sawmill, also referred to as Fyfe Lake Fir, operated at Fyfe Lake, 32 km Southwest of Prince George near West Lake Provincial Park, during the 1950s. The lumber company was owned and operated by the Bachand Family, primarily Henri Bachand, and produced lumber for domestic sale. The sawmill closed sometime in the early 1960s and many families, who had developed a small community at Fyfe Lake, moved into Prince George and the surrounding area.

Contents: Fonds consists of ledgers recording accounts and two journals of maintenance notes of the S. B. Trick Lumber Co. and one photograph of the Ambrose Trick Sawmill. The two ledgers consist of logging accounts including lumber shipments and sales as well as payroll and expenditures. One ledger includes shipping and sales as well as expenditures, including salaries, from Oct. 1944 to June 1951. The other ledger, with "M + T Journal" on the cover, records logging accounts and payroll from Sept. 1942 to Nov. 1950. The two journals include handwritten maintenance notes and loose papers of diagrams of equipment.

Rustad Bros. and Co. Ltd. was a large sawmill and planermill that was started operation in 1947. Jim Rustad was the general manager and president of the sawmill. Jim sold the business to Northwood in 1991 (later bought by Canfor) and operated until 2009.