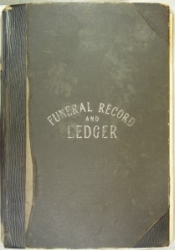 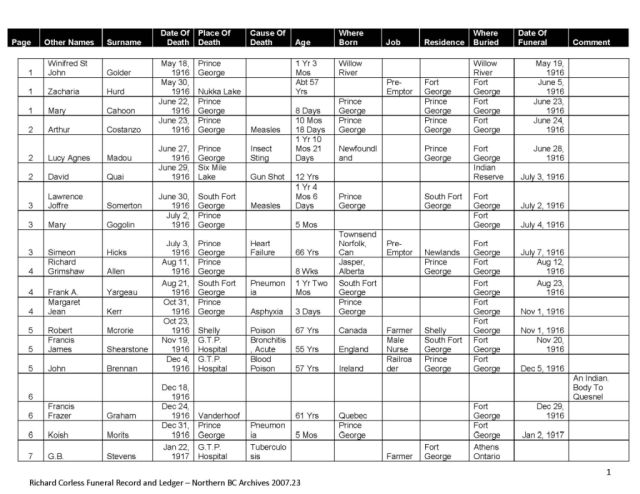 Richard (Dick) Corless came to Prince George in 1913 from England, where upon he became an undertaker and a car dealer. He operated his funeral home business at the corner of Quebec and Fourth Avenue in Prince George. All of the funerals that he performed were recorded in a ledger, including deaths by the influenza pandemic of 1918. Mr. Corless transferred his business to Assman’s Funeral home in 1931 and his ledger remained with a family member who subsequently donated it to the BC Archives. A primary source analysis utilizing resources from the Northern BC Archives & Special Collections at UNBC.