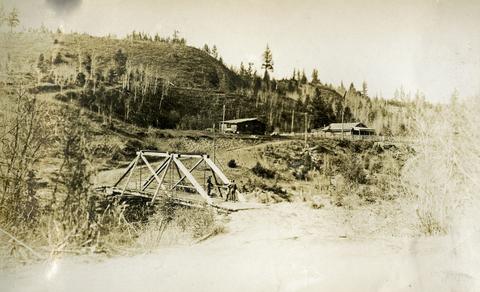 Arthur Holland was a land surveyor for various BC railway projects. In the fall of 1910 he surveyed in an area northeast of Prince George but the exact location and why he was there are unknown; but there are some interesting photographs from there. In 1911, he surveyed in and around Fort Fraser and in 1912 he was in the Cariboo. He took several photos this latter year but unfortunately they are small and many are unlabeled. In 1914 and 1915 Holland surveyed east of Prince George and there are some newspaper articles about his work there.

Collection consists of a photograph album from A. H. Holland, a British Columbia Land Surveyor, that was created while working in the Central Interior, the Cariboo, the Chilcotin and southeast British Columbia. This album visually documents steamboat, stagecoach and horse travel in British Columbia and also captures the prepatory work and dawn of the age of rail travel.