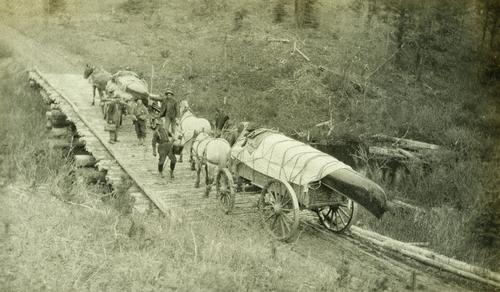 Parker Bonney was born in 1889 in New Brunswick. In 1911, he graduated from the University of Washington with a forestry degree. He moved to Canada in 1913 and worked as a student in the Nass region. Parker Bonney worked for the Prince George Forestry Division starting from 1913. He was one of the first people to completely survey the Nass River Watershed and the Headwaters of the Skeena. He became the district forester for Prince Rupert in 1926, residing in Ocean Falls, B.C. until 1945. Later on in his life, Parker Bonney worked as a forestry engineer with Alcan and with Columbia Cellulose. Both Bonney Lake and Bonney Creek are named in his honour due to his contributions to the Northern BC forestry industry. Parker Bonney resided in North Vancouver until 1977 when he passed away.