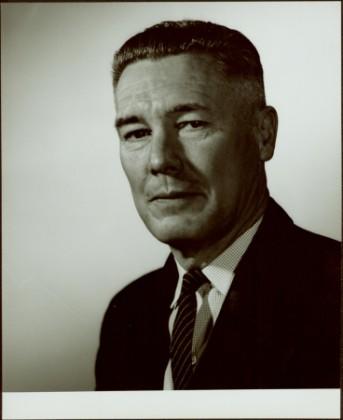 Ray Williston (1914-2006) was principal of the Prince George Junior-Secondary School and a school inspector for the Prince George/Peace River area from 1945-1953. In 1953 he was elected as a Member of the Legislative Assembly for Prince George and served as Minister of Education from 1954-1956 and Minister of Lands and Forests from 1956-1972 in the B.C. Social Credit government under Premier W.A.C. Bennett. In the latter role he encouraged the development of a pulp economy from unused forest resources in the interior of B.C. in conjunction with government hydro-electric projects. After leaving government he became Chair and President of the British Columbia Cellulose Company and held a number of directorships in B.C. and New Brunswick. In addition he did consulting for the Canada International Development Agency (CIDA) and the Food & Agriculture Organization of the United Nations.