History of Outdoor Recreation and Tourism in Northern BC

This guide highlights archival resources related to the history of outdoor recreation and tourism across Northern and Central BC.

Tourism in BC's Inside Passage

"As the main lifeline of the British Columbia coast from the late nineteenth century until the late 1950s, Vancouver’s Union Steamship Company (USC) fleet carried not only freight and workers to and from the lumber camps, salmon canneries, and larger industrial sites of the north Pacific coast, but also tourists attracted largely by the views from the deck as described by the company’s promotional brochures...(page 203) The USC made its first appeal to tourists in 1894, when it printed the account of “W.G.F.,” a British travel writer who claimed to have found his fellow passengers on the northern run to be “not only civil, but in some cases interesting.” The USC was known for its linen tablecloths, silver cutlery, and appetizing meals served by stewards in starched uniforms, but it did not yet have ships dedicated exclusively to the tourist trade; thus, its fleet was—during the summer, at least—a somewhat unusual hybrid of cruise ship and commercial vessel. Needless to say, neither W.G.F. nor any other promotional writer made reference to the pigs, chickens, and other livestock transported to coastal settlements, or to the loggers who were generally drunk and rowdy as they left the skid-row hotels of Vancouver. Indigenous and Chinese deck passengers would also be ignored, but W.G.F. did describe the First Nations settlements as a colourful and exotic part of the coastal landscape. (page 206)" -- excerpts from "Views from the Deck: Union Steamship Cruises on Canada’s Pacific Coast, 1889–1958" by J.I. Little in MOVING NATURES: Mobility and the Environment in Canadian History Edited by Ben Bradley, Jay Young, and Colin M. Coates 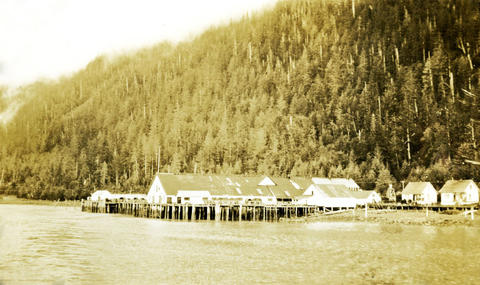 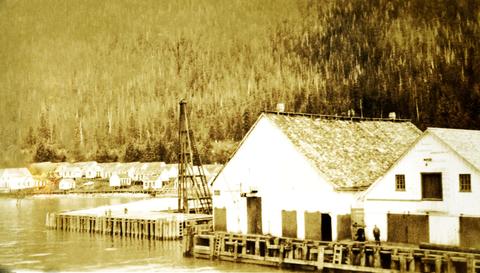