Using an image from the archives?

A credit line must be given for the publication, exhibition, presentation, or use of reproductions from the NBCA. Credit line to be written in the manner as follows: 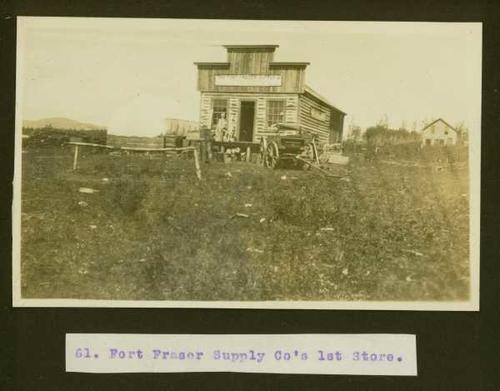 Fort Fraser: "The Eden of the North" was first established in the early 1800s as “Fraser Lake Post’” a trading post of the Hudson Bay Company, and in 1824 was designated a “Fort” to meet the operational needs of the HBC. In 1865, Fort Fraser received the Collins Overland Telegraph, and in 1914 the last spike of the Grand Trunk Pacific Railway was driven in at Fort Fraser. With the influx of such amenities and the economic need to bring settlers into the interior of BC, the Dominion Stock & Bond Corporation Ltd. acted upon opportunity and took on the commercialization of a new Fort Fraser town site, located 3.5km east of the original Fort. In its’ advertisements the Dominion Stock & Bond Corporation Ltd. urged potential buyers and settlers with 5 and 10 acre garden tracts of land. It is speculated that the 86 black & white photographs within the photograph album were commissioned by the Dominion Stock & Bond Corporation Ltd. to illustrate their prediction that Fort Fraser would become “the Hub of British Columbia on the Grand Trunk Pacific.”

The Fort Fraser Historical Photograph Collection consists of 86 photographs from around 1914. 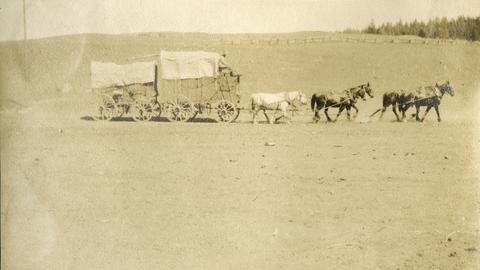 Arthur Holland was a land surveyor for various BC railway projects. In the fall of 1910 he surveyed in an area northeast of Prince George but the exact location and why he was there are unknown; but there are some interesting photographs from there. In 1911, he surveyed in and around Fort Fraser and in 1912 he was in the Cariboo. He took several photos this latter year but unfortunately they are small and many are unlabeled. In 1914 and 1915 Holland surveyed east of Prince George and there are some newspaper articles about his work there. 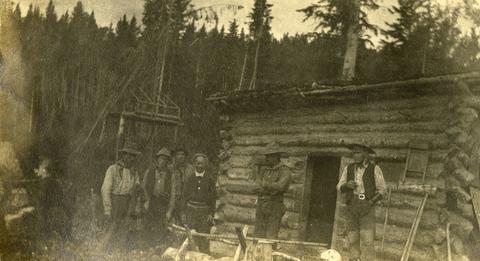 Collection consists of a photograph album from A. H. Holland, a British Columbia Land Surveyor, that was created while working in the Central Interior, the Cariboo, the Chilcotin and southeast British Columbia. This album visually documents steamboat, stagecoach and horse travel in British Columbia and also captures the prepatory work and dawn of the age of rail travel.