What is Environmental History? 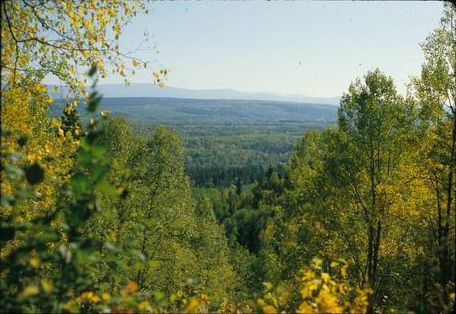 Environmental historians study the mutual relationships humans have with nature. These relationships and broadly covered by three different themes:

The materials in the Northern BC Archives that best illustrate the Environmental History of Prince George are listed below. This is not an exhaustive list but rather a few key collections. 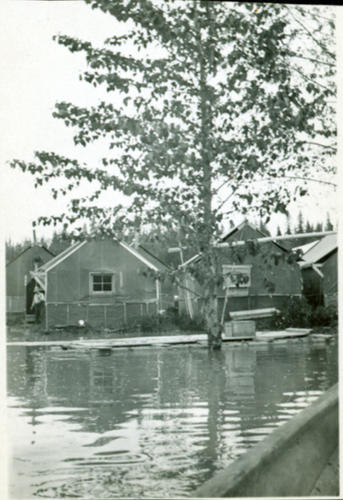 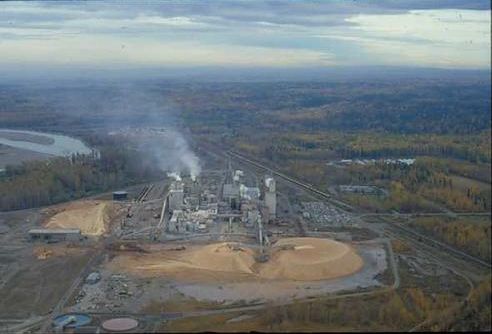 Northwood Pulp was established in 1961 when Canadian corporation, Noranda Mines Limited, diversified into the British Columbia forest industry. Partnering with the Mead Corporation of Dayton, Ohio, Noranda Mines Ltd. purchased the Sinclair and Upper Fraser Sawmills, both east of Prince George. After the purchase of these two sawmills, as well as the proliferation of others, there became an excess of waste wood products generated by milling in the central interior of British Columbia. To meet this specific waste reduction need, and to expand into a new wood fibre market, the Mead Corporation and Noranda Mines built Northwood Pulp Mill in 1964-1965. Northwood Pulp Mill was, and still is, a processing plant dedicated to the conversion of waste wood chips to pulp and paper products.

In 1980-1981 an expansion was added to the mill which effectively doubled Northwood's capacity for the making of pulp kraft paper from waste wood chips.

In February 2006 Canfor effectively separated its pulp business from its wood products business; a strategic move which resulted in the transfer of its northern softwood kraft pulp and paper business, including its Northwood Pulp Mill, Intercontinental Pulp Mill and Prince George Pulp and Paper Mill, together with associated management and employees (now referred to as the “Pulp Income Trust”) to an indirectly owned limited partnership known as the “Canfor Pulp Limited Partnership”.

From the Adam Zimmerman fonds

At 1976, Northwood Mills continued to operate four sawmills in the Okanagan region of British Columbia with the capacity to produce approximately 200 million board feet of lumber per year, principally western white spruce. It had a building materials division which operated a lumber brokerage and wholesale building materials business through warehouses across Canada. Early in 1975, it acquired Airscrew-Weyroc, which was then renamed Northwood Panelboard Ltd., with a 145,000 tons per year particle board plant in Chatham, New Brunswick.

Northwood Mills' Sales Division marketed its own production as well as that for Northwood Pulp and Timber and other non-affiliated producers. Over 80% of the sales were to North America.

Subseries consists of 1 metre of records concerning Northwood Mills that were created or accumulated by Adam Zimmerman during his tenures as the company's President, Director, and Chairman. Includes administrative records, sales and marketing material, market research, competitor analysis, and records regarding sawmill operations and its building materials division.

Subseries consists of 3 metres of administrative records concerning Northwood Pulp and it's renamed successors Northwood Pulp and Timber Ltd. (1972-1998) and Northwood Forest Industries Ltd. (1979-1998). These records were created or accumulated by Adam Zimmerman during his tenures as the company's President, Director, and Chairman. Includes administrative records, financial records, sales and marketing material, market research, competitor analysis, operational records, and information on the company's many acquisitions and divestitures. Also contains records regarding government liaison, environmental issues, labour relations, and its operations in Prince George at the Northwood Pulp Mill.

"The Mark of Progress"

Created by the British Columbia Forest Service and first played for a live audience in 1959 in Prince George, BC.
Accession # 2016.5.3.16.1 from the Harry Coates fonds. 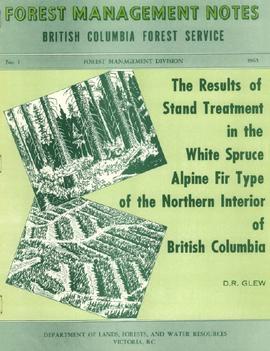 The ALRF Collection contains significant materials covering a wide range of topics related to forestry research and forest management practices in Central BC from the 1920s-1980s documenting BC’s earliest and longest-running experimental research forest in the province. By 1930, the Research Division was the most active throughout Canada. It includes:

Its most significant records include experimental plot files from 1928-1958 and sample plots from Hutton, Penny, and Foreman that record growth and mortality of white spruce balsam and soil types.

After 38 years of operation, ALES was formally closed in 1963 but in the late 1980s, there was a push for the Research Forest to be re-opened because of its potential for forest management research and demonstration. In 1992, the Research Forest reopened and, as the renamed Aleza Lake Research Forest, in 2001 it became the fourth university research forest in British Columbia managed by the ALRF Society, with a partnership between UNBC, UBC, BC Ministry of Forests, and the BC Ministry of Sustainable Resource Management. Today, the central mandate of the Research Forest is to provide multidisciplinary programs focusing on partial cut harvest systems, biological diversity, climate change, and environmental monitoring in small forest tenures.

Image: 2007.1.25.4.09 - The Results of Stand Treatment in the White Spruce Alpine Fir Type of the Northern Interior of British Columbia 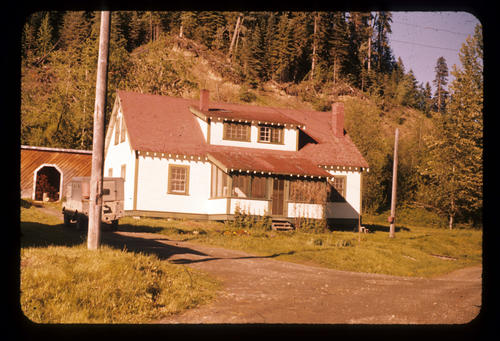 The Aleza Lake Research Forest Society (ALRFS) records encompass material that was created or collected by the Society over its existence (2001-present). Records created by the ALRFS consist of administrative and operational records, as well as publications from the Society. Collected records include historical records relating to the Aleza Lake Experiment Forest gifted to the Society or its members. These include maps, photographs, reference material, and documents. Members and associates of the ALRFS also documented the history of the forest through the creation of oral history recordings and written histories such as John Revel's "Devil's Club, Black Flies, and Snowshoes".

The fonds includes a significant amount of reproduced archival material about Aleza Lake from other institutions, such as BC Archives, the Canadian Forest Service, and the BC Forest Service. Many of these reproductions were created as part of the 2006 ALRFS Natural Resources History Internship in an effort to compile the history of the research forest.

The McGregor Model Forest Association (MMFA) was established in 1992 by the Government of Canada under the Canadian Forest Service’s Model Forest Program which was established across the country to examine and test principals of sustainable forest management. The MMFA operated successfully for over 15 years to support research, development of integrated forest management models, forest education and facilitation of collaborative decision-making. The Association’s approximately 50 members included communities, First Nations, industry, government and non-government representatives, as well as individual scientists and practitioners. The MMFA was an active participant in the Canadian and International Model Forest Networks, and also carried out projects in Russia on behalf of the Canadian International Development Agency. The Model Forest Program concluded in 2007.