While the changeover was taking place, further financial scandal marred the Collective’s name. WERA set out to distance itself from the Collective, and to focus on educating the public on women’s issues. To that end, research and lobbying were a central focus. WERA was notably not a resource centre, but instead its main focus of education led to the production of a newsletter for women of northern British Columbia, by women of northern British Columbia. This they accomplished, and the result was ‘Aspen,' a publication which ran until 1983. WERA shut its doors in June of 1983 due to a combination of financial pressures and volunteer burn-out. Right at the time that WERA was closing down, however, another group was springing up with the intention of filling the need for a resource centre for women in Prince George.

The Prince George Women’s Resource Centre opened their doors officially on September 1, 1983, and served the community for many years. Similar to the Women’s Centre and the Women’s Collective, the Prince George Women’s Resource Centre was very service-oriented, and less politically oriented. The exact reason for the centre's closure is unclear; however, the evidence suggests that it lasted until some time in 1987, when federal money dried up and the centre was no longer able to provide its services to the women in Prince George.

Restrictions on access: Some files and research materials (interviews) may contain personal or confidential information. Access to these files may be restricted as stipulated by Archives policy, or the research participants. Consult archivist for research access. 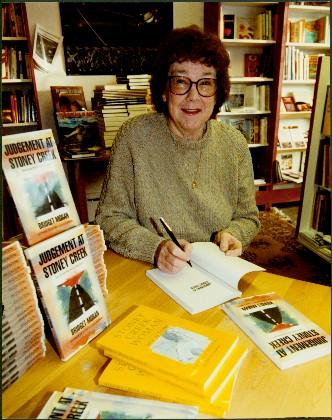 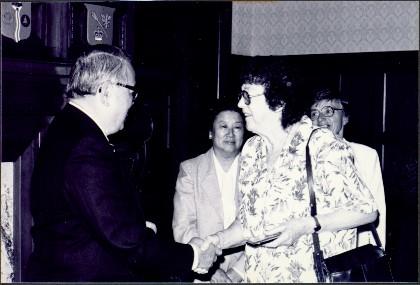 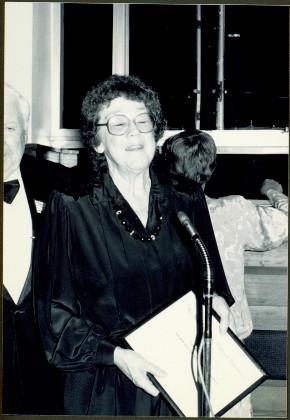 Dr. Marianne (Marika) Ainley (1937-2008) was a former chair and professor of the Women’s Studies Program at the University of Northern British Columbia. She originally trained as a chemist in Budapest, Hungary before immigrating to Montreal, Quebec in 1958. She worked as an industrial chemist and laboratory assistant while completing an undergraduate degree at Sir George Williams University (now part of Concordia University), after which she completed a graduate degree at the Université de Montréal and at McGill University on the history of ornithology. Once Dr. Ainley had completed her graduate work, her research interests shifted towards the history of women in science and, later, the relationship between women scientists and Aboriginal peoples in Canada, Australia, and New Zealand.

The fonds consists of 6.85 metres, 63 computer disks and 4.76 MB of textual records which contains drafts and published manuscripts, correspondence, interviews transcripts, questionnaires, lists of resources and other material. About 500 photographs predominetly consist of research materials and archival reprints through some relate to her personal life and hobbies. The audio and visual content consisting of 121 audio cassettes, 5 videocassettes, and 2 CDs predominantly contain oral histories, recordings of conferences, interviews and lectures.