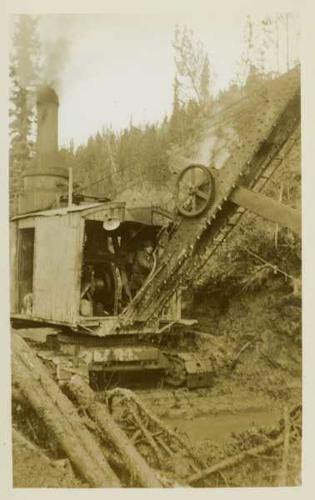 Who was Alexander Manson?

Alexander Manson was the first lawyer to practice law in Prince Rupert, BC. In 1916, he entered Provincial politics under the Liberal Party banner, and became the M.L.A representing the region in the 1920, 1924, and 1928 elections. He was appointed Speaker of the House (1921), and Attorney General and Minister of Labour (1922-28). Upon his defeat in 1933, Manson returned to Vancouver to practice law, and subsequently was appointed Supreme Court Justice – a position he held until his retirement in 1961.
Image: 2004.8.1.3 - Steamshovel