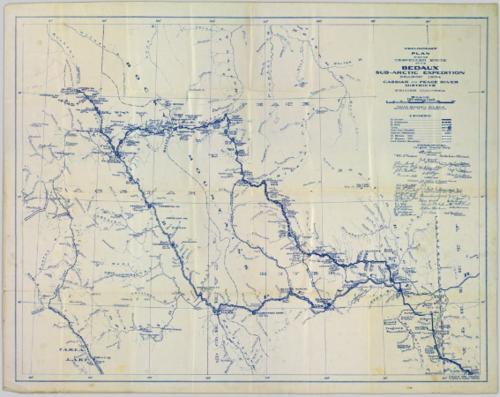 Alfred Phipps and James Mackenzie were surveyors who accompanied noted BC surveyor, Frank Cyril Swannell on surveys of BC in the early 1920s-1930s. Swannell is noted as being one of the only BC Government employed surveyors who had experience in triangulation surveys, and who conducted “exploratory surveys” in large blocks of wilderness. The photographic albums holds +/-400 images created primarily by surveyor Jim Mackenzie most of which are related to surveying northern BC in 1929, 1930 and 1935. It includes loose photos which reflect Phipps involvement in the Bedaux Expedition in 1934.

The Phipps-Mackenzie Collection contains journals, reports and photographs related to the infamous Bedaux Sub-Arctic Expedition of 1934. Led by an eccentric and shrewd businessman, Charles Bedaux, the expedition from Edmonton to Telegraph Creek used ‘cutting edge’ all-terrain Citroen vehicles to traverse the terrain. In a hand-written memoir and typed notes Phipps documents his version of events as one of the crew members. He records observations about the terrain, surveying activities, and ultimately the causes for the expedition’s failure. These documents have been digitized and are accessible online: 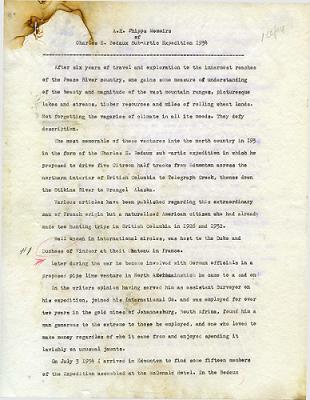