You are researching the history of Aleza Lake as historians and have "found" various sources and accounts about Aleza Lake (the community and the experiment station). You must read and analyze these sources and determine how reliable these sources are and if they will be useful for your research project. You may want to review the differences between primary and secondary sources.

How do we know about what happened in the past? What kinds of sources are available to us as historians? There are the many items, books, stories, and other ways that information has been collected over the years. By studying sources, historians can look at what people have said about the past and figure out what happened and how.

What types of things can be used as sources?

Among these sources, the ones that usually stand out are the sources that actually came from the time period you are studying. These are called primary sources. If you were studying the life of Pharaoh Tutankhamen in Egypt, which of the following would be a primary source?

(The answer is A)

Excerpt from Ethelwynne MacArthur’s “The Way it Was: the History of Aleza Lake”

The most westerly lake was very small and was known to the village folk as the Little Lake; sometimes called Hotchkiss Lake. It was named such after the first homesteaders on its shores. This lake was connected by means of a narrow creek to a much larger lake.

The larger lake was one of great beauty and utility. It provided nesting grounds for geese, ducks, fish hawks and especially loons. Their haunting cry could be heard in the early morning and at dusk from May until September. There was plenty of fish in this lake but in the warm summer months their flesh had a musty taste due to the muskeg bottom. Beautiful white water lilies grew along the south shores and, according to Dr. B. G. Griffith of the University of British Columbia, Aleza Lake is one of the few lakes in B. C. to produce such lovely flowers. These lilies are much smaller and more delicate than the common yellow ones. They are pure white and leaves are small. The lilies were a favourite food for the numerous moose feeding on the lakeshore. The north side of this lake had several cranberry bogs which produced ugly, grey berries until the first heavy frost turned them a glorious red. To one and all, this lake was known as Aleza Lake, named for the daughter of an Indian Chief.

Discuss what the text is about and answer the following question:

Re-read the text, but this time using pens, pencils, and/or highlighters to mark the information that you think is important to a project about the history of Aleza Lake.

Answer the following questions as a class:

Read EXCERPT #2 and answer the same questions from the first excerpt.

The natives of the village were very patriotic folk and always celebrated the First of July with a picnic and dance at the store. Everyone, young and old, came and brought a picnic lunch, which was shared by all. Mrs. Williams would make her puff-pastry tarts with homemade pin-cherry jelly and whipped cream - food for the Gods. Then everyone lined up for snapshots. One such picture shows the A. Williams family, the Phillips family, the McDowell family, the J. Miller family, the Hotchkiss’, the Youngs, the Newsome family from Willow River (Mr. Newsome was the storekeeper in Willow River), the two Smith families, Ole Hanson, Bill the Finn, Louis Braaten, Joe Nosick and Lorne Lyle with his pet bear.

One of the village novelties was this pet bear cub. In the spring of 1923, some trappers were coming into town from their trap lines when they met up with a female bear and her tiny male cub. She became so vicious they had to shoot her. The little cub was much too small to care for himself so they brought it to the village and gave it to Mr. Lyle. He fed it with a bottle and nipple for a time and kept it in a box on the porch. Mr. Bear finally had to have a collar put around his neck and was confined to the back yard, tied on the clothes line so he had the run of the yard. It became a pampered pet and was especially catered to by the Trappers. The east bound train arrived every other day at 2:00pm so one or more of the Trappers would undo the bear’s chain from the clothes line and take him over to meet the train, where they bought him a Dixie cup of ice cream and a bottle or Orange Crush from the newsy on the train. The cub would amuse the train passengers with his antics, begging for more ice cream and putting his tongue way down in the pop bottle to get the last drop. Some days, no one was around to take him to the train, and when that cub heard the train whistle he would run up and down the cloths line whining and crying like a small child. Sometimes he would slip his collar and the call would go out, “The bear is loose, put the children in a safe place”. Children were his one dislike; he must have been jealous of them. The bear spent the winter denned up on one side of the ice house well insulated with sawdust, but when he came out in the spring he was no longer a cute pet, he was a mean bear. He would not stay back in the woods where he was taken many times and finally had to be disposed of.

Compare the two texts and answer the following questions:

Excerpt from John Revel’s Devil’s Club, Black Flies, and Snowshoes: A History of Aleza Lake Forest Experiment Station 1940s to 1964 (and beyond)

About the source: As part of his history, John Revel conducted interviews with other people that lived/worked at the Aleza Lake Experiment Station between the 1940s and 1970s. He summarized these interviews and included them in the history. Below is one summary that he wrote based on an interview with Frank Hellenius, who lived there as a child.

I was born in Yellowknife, NTW on January 3, 1944, the son of Rolf and Kathleen Hellenius. My father ran a successful sawmill on Slave River, mainly cutting timber for the mines in Yellowknife.

We moved to Victoria in 1948, where I attended Grade one and had lots of friends and schoolmates. In 1952, my father accepted the position of Station Foreman at the Aleza Lake Forest Experiment Station. He went on ahead and our family arrived at Aleza Lake via rail in July 1952. At first, we lived in a small house in the town site of Aleza Lake, later moving in to the vacant Ranger House. The Deputy Ranger’s house was completed in 1953 and we moved in there for the duration of our stay at Aleza Lake.

I attended classes in the two-room school from Grade 2 to Grade 8. My mother was my teacher in Grades 5 to Grade 8. At first, I missed my Victoria friends and was quite lonely but I soon accepted the Aleza Lake lifestyle amid my three brothers. Lawrence and I had girlfriends in Sinclair Mills but that didn’t last. I went to Grade 9 in Prince George and stayed at the dorms. In the summers, I had various jobs with the Department of Highways, Fightner Lumber, etc. I think my first job was fighting fire near Giscome. I helped my dad build the Loup Lake Road to the west line between 1961-1963. We always used more powder than necessary to get a “big bang”. Dad didn’t like to waste powder!

Discuss what the text is about and answer the following questions:

Re-read the text, this time using pens, pencils, and/or highlighters to mark the information that you think is important to a project about the history of Aleza Lake.

Answer the following questions as a class:

Read EXCERPT #2 and answer the same questions from the first excerpt.

Unlike the first excerpt, this next section is a summary that John Revel wrote about the closing down of the Aleza Lake Forest Experiment Station. He says that it happened in 1965, but other histories mention that this actually happened earlier, in 1962.

In 1965, the last remaining buildings on Camp Creek were the foreman house and the barn. The foreman house, built in 1927, was purchased by Pat Scully for $75 plus tax. With the help of two heavy D7 cats, it was transported to the Aleza Lake town site and, at a later date put on a pile driven basement. It is now the home of Pat and Betty Scully and is a reminder of the high quality lumber and construction in the early days.

Compare the two texts and answer the following questions:

If you have also done the analysis of Ethelwynne MacArthur’s history, compare the two and discuss how the two histories about the same place are similar and different.

Look at the map of the area that Frank Hellenius is talking about in his interview. Using his story, circle all the places that he visited.

Discuss what the interview clip was about and answer the following questions:

Discuss what the interview clip was about and answer the following questions:

Compare and contrast the two interviews and answer the following questions: 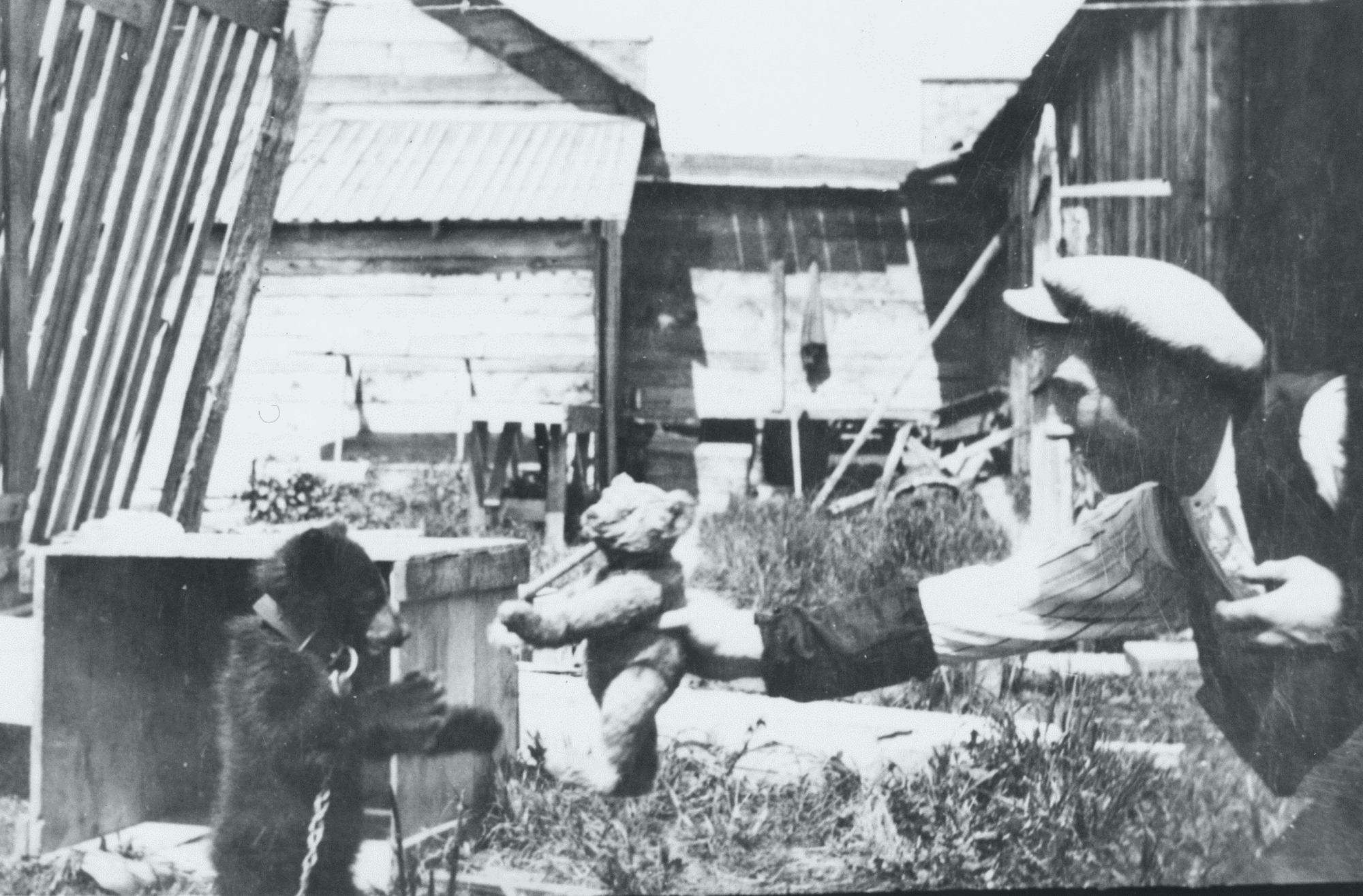 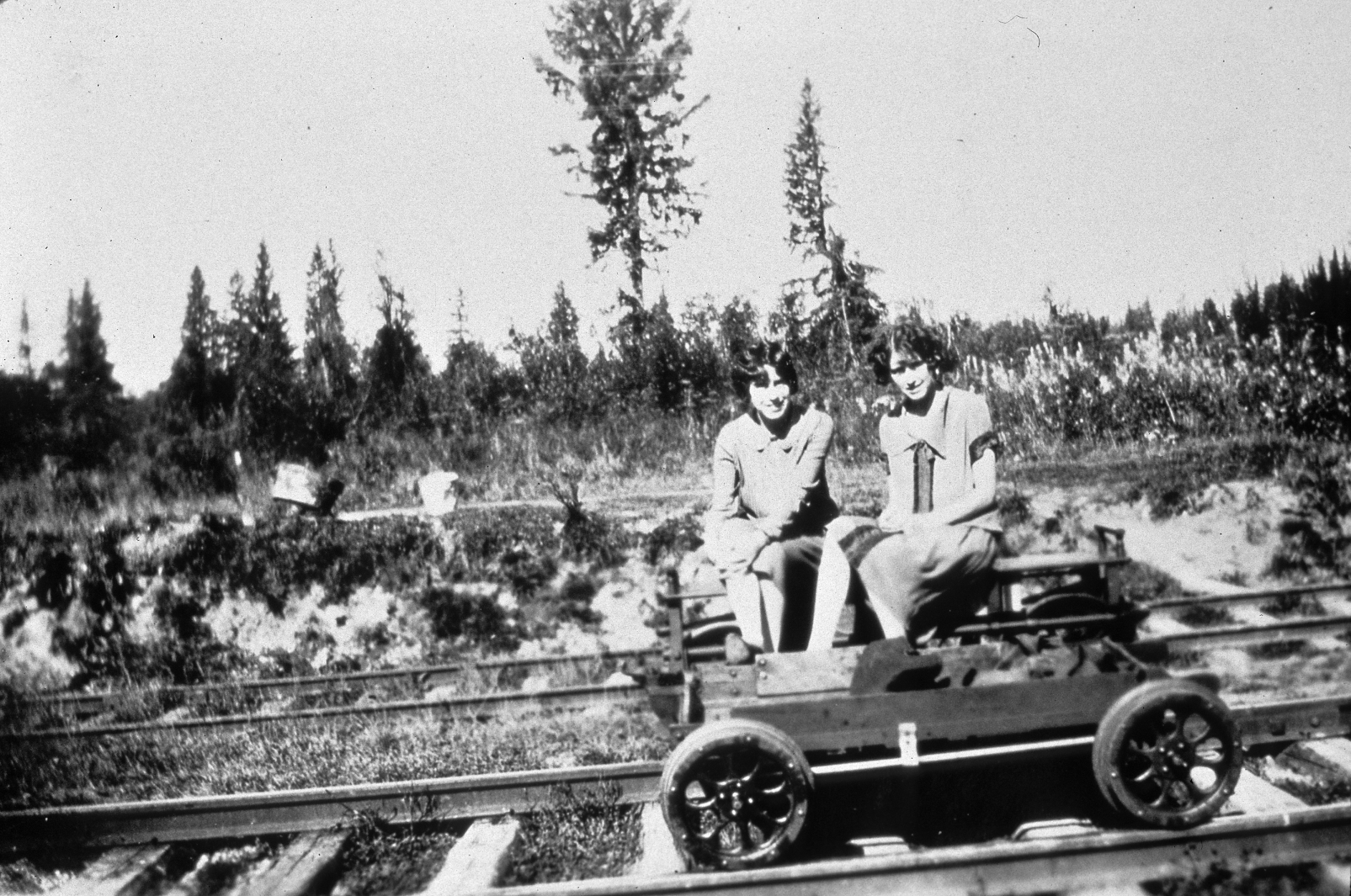 Discuss the contents of these two photographs and answer the following questions:

A History of Aleza Lake

Using the above source materials, draft a brief history of Aleza Lake.

What information is missing? What other perspectives would you want to include in your history? How would you find more information?